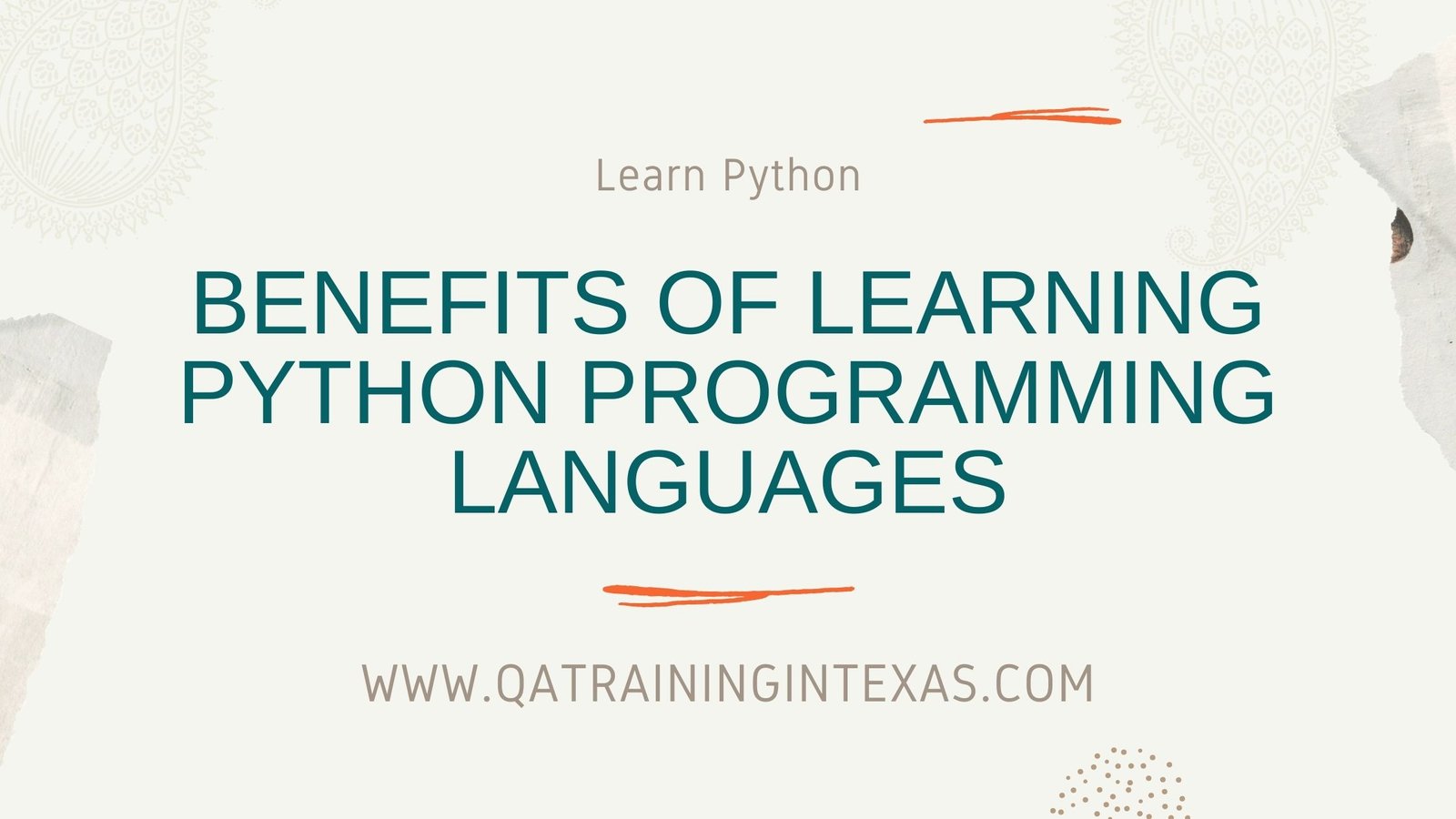 Python is one of the fastest-growing programming languages and it is an open-source and free language. The Graphical User Interface can be made by using a python and it supports GUI programming. The python can be used to develop a web series, mobile applications or perform a task of complex computational. Python is in high demand, if you completed a python certification course then the companies are willing to pay the crazy sum of money to hire you.

Mainly, it can easily be integrated with other programming languages such as java or C++.

You do not have to write a separate code for everything, because it contains a large standard library. Python certification online courses are provided on many platforms, you can easily learn python in your convenience. It is a portable language and you can easily run the python program in different operating systems. Here are some of the benefits of learning python programming languages are listed below:

Easy to learn and simple

The features of python are extensible and portable that permits you to do an operation of a cross-language perfectly. In industry, python supports the wide variety of platforms from a play station, Linux, Solaris, Macintosh and MS windows. Python features extensibility is permitted to integrate the components of .NET and Java. For this, you can also use the libraries of C++ and C. One of the important reasons which people need to learn a python is Artificial Intelligence or AI. Python is a significant development in world technology. You can also build a machine that imitates the human brain which is capable of making a decision, thinking and analyzing. The functionality of machine learning in the mix of libraries like TensorFlow and Keras. It offers a learning ability without the use of programming. The libraries like an OpenCV are assists in the image recognition and vision of computers.

For big companies, python is useful for the validation of products or ideas. There are various testing of inbuilt frameworks in python which covers various workflow and debugging. The python supports the testing of a cross-browser and cross-platform with frameworks like a Robot and Py Test. There are several modules and tools are included to make things very easy like a splinter and Selenium. Mainly, the python has supported parallel computing. You can deploy the python for Hadoop in parallel computing, it is frequently deployed for Big Data. The processing of big data has a library like Dask, Pydoop.

The projects of online, offline, large and small are frequently used by Python. It is deployed to create the applications of Desktop and GUI. To offer an easy and quick way to develop an application, it deploys the library of Tkinter. The python is widely used to develop a video game. You can also write pygame module logic with the help of python, you can run a module on an android device. Python is one of the important languages of various data scientists. It also handles the statistical, matrix and data of a tabular. It will visualize data with famous libraries like a Seaborn and Matplotlib.

In Industry, the IT professionals who are experts in python are receiving a good salary. If you completed a python online course then you will easily get a job in the best companies with a flexible salary. Millions of developers like to work with the python languages on a daily basis and to improve the functionality of core. Python’s latest version continues to receive enhancements and updates the progress of time. Python is the best way to network with other developers.

Benefits you can get Learning Python Online Courses.