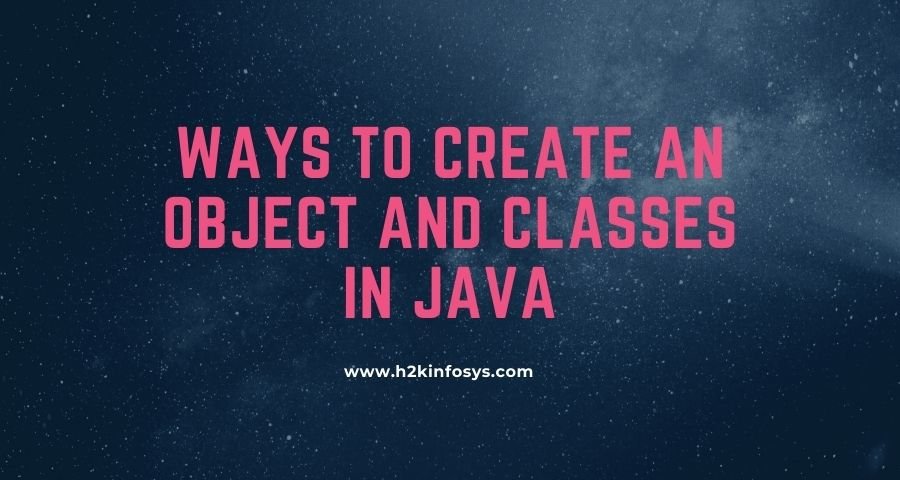 Java is an object-oriented language and integrated with the functional and an imperative part of the language. This may allow the definition of java classes and instances, multiple inheritances, abstract classes etc. Java is the programming language which supports the following fundamental concepts such as an object, instance, inheritance, polymorphism etc. It is easy to learn. It is used to build large enterprise-class applications.

Java is an independent platform that helps many students to learn java easily. It has been considered as an upper hand of all other languages. It is used as a server-side language for both front-end and back-end projects assigned with big data and android development. It is mainly used for computing desktop, mobile and other numerical gaming processes.

The main reason to learn java is safe, portable and maintainable. It should come with a better high-level concurrency tool than other languages. Freshers will learn java clearly using their core skills until they get the better java certification process. This may help them to demonstrate with relevant knowledge and increase their job values.

Objects are defined as to consider the real-world, and can find many things around us such as cars, dogs, humans etc. It is a real-time entity. A software object is an element of the class and it has its own state and behavior for the development. Objects can make an instance result of a class.

In computing software objects can be classified into three different characteristics such as:

Creating an object in java

An object is a self-contained component which contains the methods and properties to make a certain type of data usefully. It can be created into the following types:

It is the way to create an exact copy of an object. In this purpose, the clone method of an object class will be used to clone an object. It returns a copy of the object with the same class and all the fields having the same value.

Object with a new keyword

In JavaScript, New keyword is used to create an object that has a constructor on a function. It helps to allocate the memory for a new object and return a reference to the same memory. It can also be used to create the array object.

Creating a class in java

A class is a blueprint to create a group of objects which have common properties. It will contain various methods in java such as fields, methods, constructors, blocks and nested class and interface. File templates and android studios help to create new classes and types like java classes, enumeration and singleton classes and interface and annotation types etc.

The above-mentioned details are the basic ways to create new classes and objects in the java programming language. Make use of it. Good luck!

Things that are required to improve your java programming skills