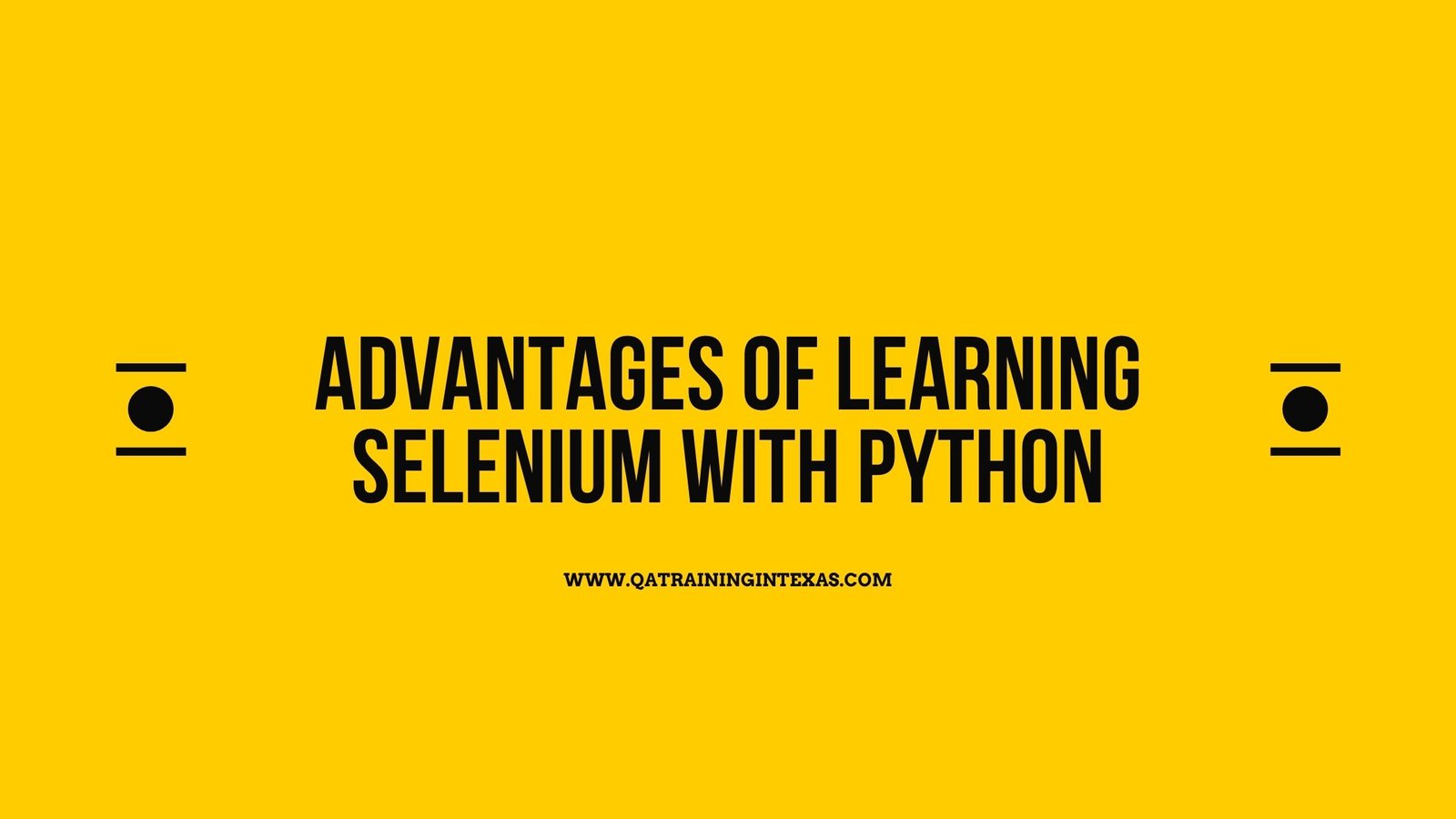 In a very busy schedule, it is always better to do something available at a precise time. Think is there anything more beneficial than getting 2 ultra standards together at the same time. Yes, the python and the selenium are two different concepts which are being very effective and high on demand in the industry. Now, you can learn selenium python together to enhance your standard lot more.

It is an open-source tool which is involved in the process of automating the cases of tests that are carried out on web applications or web browsers. This testing process can be carried out using any browser. But before getting carried away you need to know that with the selenium only the testing of web applications are possible. Being an open browser it automates the web applications and supports cross browsing.

It is very easy and very simple to learn and it is one of the most powerful programming languages which are similar to the English language. Python is blessed with a large community, high level, interpreted, free and open-source language. It has many testing frameworks built in it which covers the fastest workflows and debugging. There are lots of tools and modules along with the python which can make things easier like Selenium WebDriver with python, splinter with python, etc. This could support the testing with cross-browser and cross-platform with frameworks like robot framework and PyTest.

Binding of selenium and python

The foremost step is to write your functional tests using a selenium web driver, then you have to send a request to the selenium server. And the test cases can be carried out on any browsers and you need to import selenium web drivers to implement python with selenium. WebDriver in selenium is an automation testing framework which is web-based and it is able to test the web pages that are initiated on several web browsers and operating systems. To import selenium you need to input some commands to configure dependencies to add functionalities and libraries.

Why is selenium used with python?

There are lots of reasons and benefits for using selenium with python, some of those benefits are listed here.

These are the few strong reasons why selenium is mostly used along with the python nowadays. You can enhance your career with a python programming course which can even be available online.